For most people the prospect of an eclipse is an exciting phenomenon that happens very rarely. For satellite operators, it is a bi annual event that stretches the technology of the satellite. 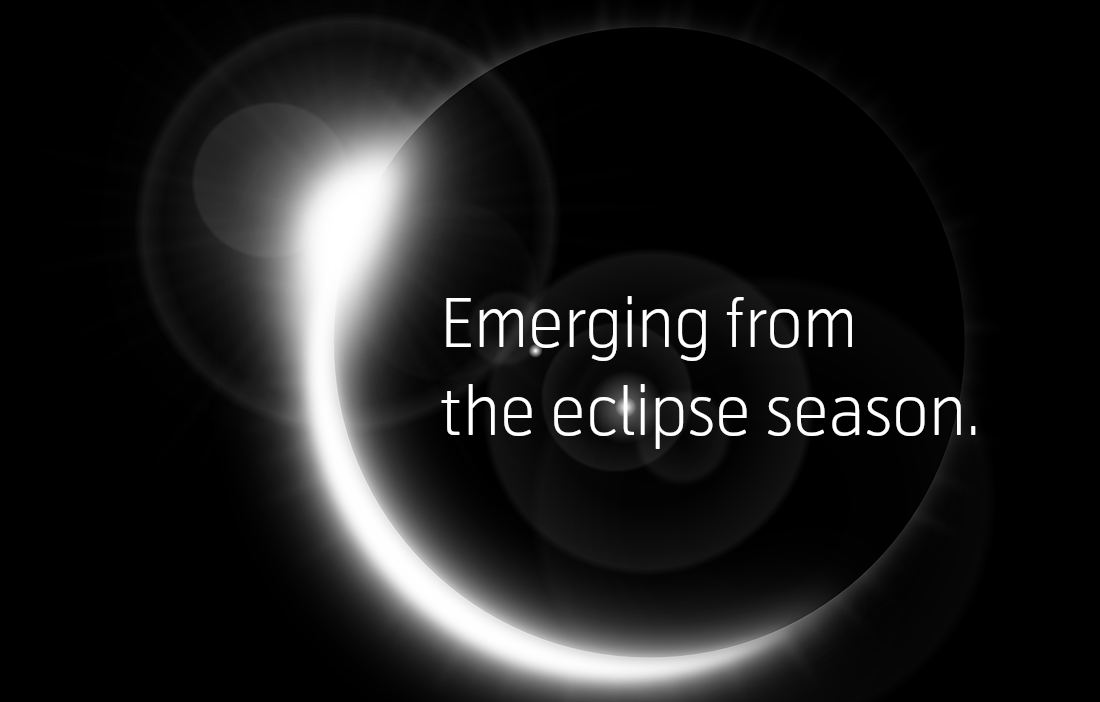 Satellites are powered by a combination of solar power and batteries. All on-board electrical systems, from transmitters, computers, command receivers, to the payload itself, rely on a power source coming from the solar panels/batteries.

For three quarters of the year, sunlight streams continually onto the solar arrays to supply electrical power, but twice a year, for the 46 days the satellite is, for a portion of the day, obscured from the sun by the earth. This is called an eclipse. The time that the solar panels are in the earth’s shadow varies from a few minutes at the beginning and end of the season up to a peak of 72 minutes on the days around the spring and autumn equinoxes.

Prior to each eclipse season, we run tests on our batteries to make sure that they are functioning well, so that we can ensure that our clients won’t experience any reduction in service during that period.

During the eclipse, the satellite receives no power from its solar panels and so relies on an alternative source of energy. The batteries are kept fully charged by the solar arrays so that they are ready to use as required. In the current configuration, charging can take up to 18 hours after a 72-minute eclipse, although a quicker charge is possible if needed. The batteries have been designed to manage the possibility of an earth eclipse followed by a lunar eclipse on the same day, this is not a regular occurrence but the two will coincide during the life of the satellite, necessitating a greater draw on the batteries.

From the point of view of the satellite controller on shift, the switch from solar to battery power doesn’t require much input, as the satellite itself manages the switch of power source, but the controller is obviously alert to problems and can activate a manual switch if necessary. The eclipse, and battery charging, do not stop any other activity being performed by the satellite and the customer will experience no interruptions. As soon as the earth’s shadow passes, the solar arrays are illuminated by the sun and they are once again able to generate electricity to power the satellite and charge the batteries. Ready for the next eclipse.

We have just finished the autumn Eclipse season which came to an end on Wednesday 14th October. The batteries have been performing just as well as expected – and have ensured that nothing obscures our service!

About the contributor:
Kristina Lärfars joined Telenor UK in 2006 as a Controller in the MCR, but was soon moved over to the Satellite Operations team at Fornebu. She joined just in time to play a part in the exciting last phase of the Thor 5 project and has been the Lead Thor 5 Engineer for most of its lifetime. She has also been involved in the Thor 6 and Thor 7 projects as part of the team tasked with making sure that Telenor Satellite was fully prepared to operate the new satellites after launch. Kristina has a Bachelor of Science degree in Engineering, with a major in Space Engineering, from Umeå University, Sweden. She also has a Master’s degree in Astronautical and Space Engineering from Cranfield University, UK.