22 June 2015 (Oslo, Norway) Telenor Satellite today announces that THOR 7, which was successfully launched into geostationary transfer orbit on board an Ariane 5 launcher on April 26, 2015, has now completed its in-orbit testing and reached its final orbital location at 1°West. 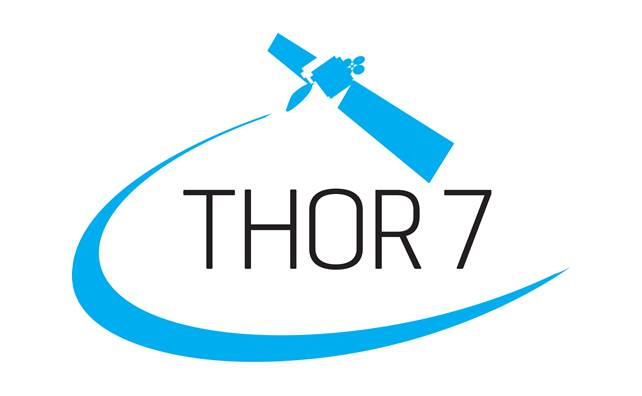 The THOR 7 satellite was officially handed over to Telenor Satellite’s satellite control centre at 5pm on June 16, 2015.

With the handover complete, the THOR 7 Ku-band payload, dedicated to DTH services, is now ready for commercial operation. THOR 7’s Ku-band payload of 11 transponders will provide much-needed growth capacity for broadcast and TV services throughout Europe and specifically in Central and Eastern Europe. THOR 7’s location of 1°West is home to the THOR satellite fleet and is one of Europe’s prime satellite locations, reaching close to 18 million households.

The satellite’s high-throughput (HTS) Ka-band payload will now undergo a further testing phase of its ground infrastructure with test customers. The satellite communications multi-Gigabit HTS payload will address the surge in demand for high-bandwidth requirements from the maritime industry, delivering a bandwidth-efficient service with high bit rates to meet our customers’ growing expectations. The service is expected to be fully operational in Q4, 2015.