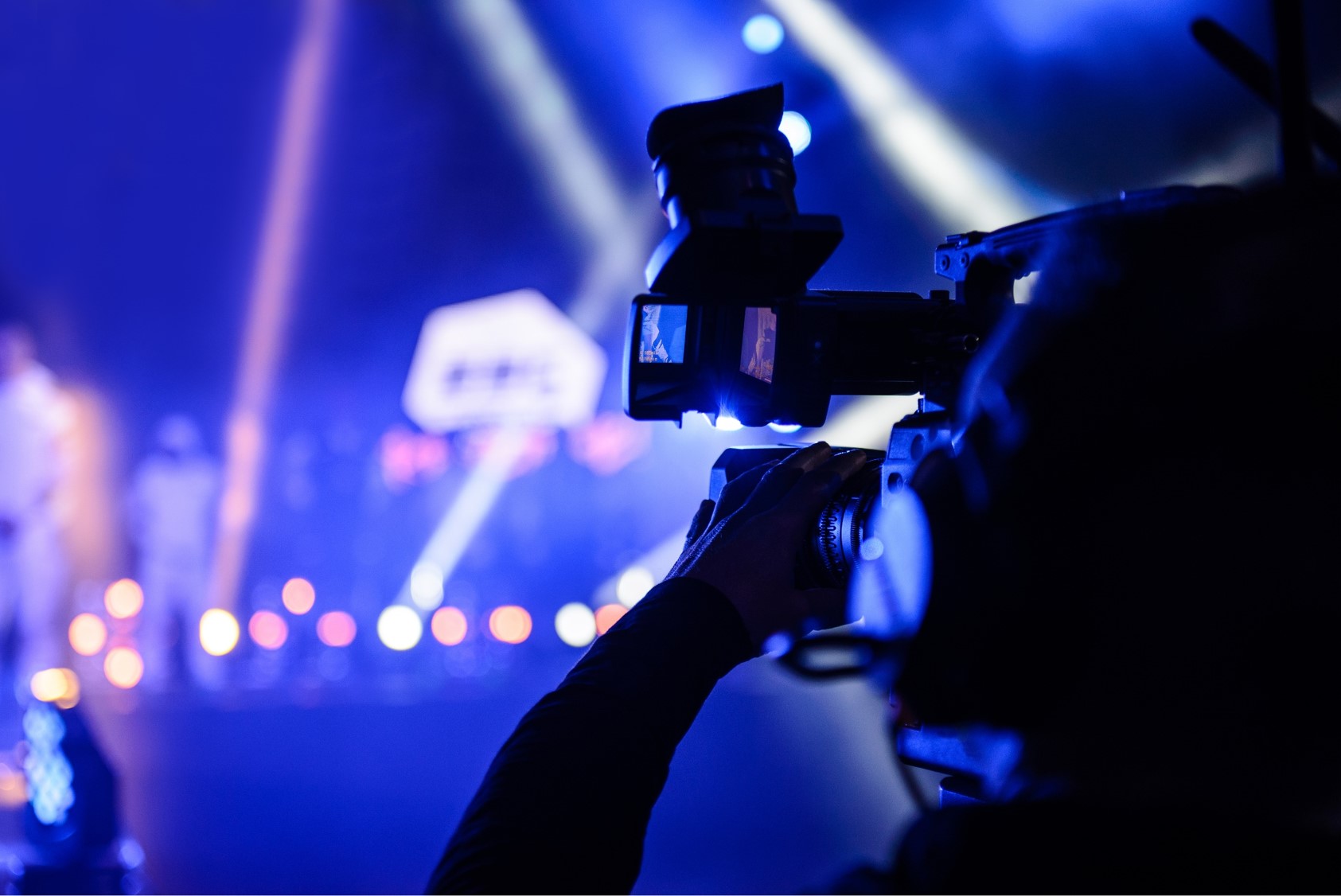 For the past twenty years, Telenor Satellite’s Occasional Use team has been helping to bring the world’s most high-profile events into the homes of television viewers around the globe.

Whether breaking news, such as the extraordinary rescue of the Chilean miners caught up in the Copiapó mining accident in 2010, transmitting major sporting events including the London Olympic games in 2012 and 2018 Winter Olympics in PyeongChang, or sharing the grandeur and glamour of royal weddings, our team are an integral part of the broadcasting family.

Prior to 2001, the business had been focused on the Nordic market, supplying satellite communications for NRK, TV2 Norway, TV2 Denmark, Norkring as well as working with broadcasters in the UK. But following a cooperation agreement with Europe*Star to mutually market capacity on their satellites, Telenor Satellite’s Occasional Use team was able to spread its wings and start offering coverage worldwide.

In fact, the global service got off to a very high profile start as it coincided with the military action in Afghanistan which followed the devasting 9/11 terrorist attacks on the twin towers in New York and other US targets. The demand for satellite links around the world was suddenly enormous. Europe*Star 1 had superb Ku-band coverage from Afghanistan back to the UK and Telenor Satellite was the major reseller of this capacity and, added together with all the contacts within the global broadcast community that our Occasional Use team had developed (including ABC, CBS, NBC, BBC, Sky News, APTN, CNN, ITN, TV2, Al Jazeera), we were in an ideal position to provide this service. In fact, communicating with our customers in dangerous or remote, war-torn zones and providing the support needed is an essential part of the service we provide and is only made possible through the use of satellite technology.

Over the years we have been present at many of the most significant moments in world news. This has included the tragic Kashmir Earthquake in 2005 where over 80,000 people died and a further 4 million were displaced; the eruption of Iceland’s Eyjafjallajökull volcano in 2010 which brought much of Europe’s air travel to a standstill; the horrific 2011 terrorist attacks on the island of Utøya and the heart of Oslo’s executive government quarter, taking 77 lives; the death of Nelson Mandela in 2013; the trial of Oscar Pistorius in 2014; the catastrophic Nepal earthquake in 2015 that claimed thousands of casualties and left nearly 3.5 million people homeless and providing coverage from world political conferences and summits, including the US elections in 2016, the German elections of 2021 through to the most recent Climate Conference “COP” in 2021.

Present with the Royal family

But alongside the dramatic news events, there have also been lighter moments. It would be fair to say that we have been present with the UK Royal family at weddings, anniversary celebrations, births and more, sharing in the nuptials of Prince William and Prince Harry, celebrating an incredible 60 years on the throne for the Queen in her Diamond Jubilee year and more recently the funeral of Prince Philip, the Duke of Edinburgh.

Sharing the wonders of the world

For the team, some of the most exciting experiences have come from their work in the field of wildlife and geographic documentaries, many of which have been broadcast in a huge number of countries from North and South America, Europe and Asia. These include Wild Alaska Live, Blue Planet, Polar Bear Watch and, for the UK market specifically, Springwatch. In these cases, the logistics of working in remote areas have frequently necessitated a little lateral thinking and it is testament to the relationships we have built up with satellite operators worldwide that we have been able to provide satellite capacity wherever and whenever it has been needed. 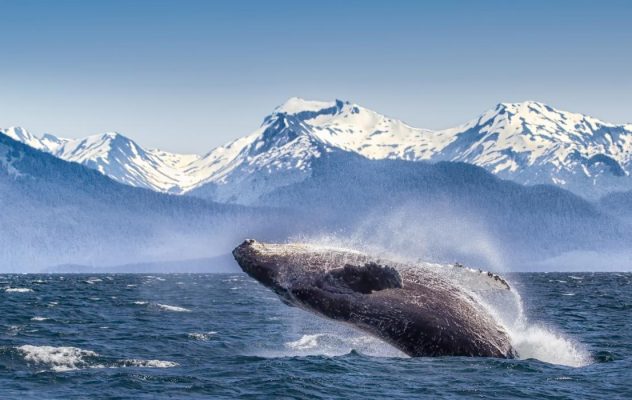 Caption: When approached to provide connectivity for the BBC & PBS production “Wild Alaska Live” in 2017, Telenor Satellite’s OU team was eager to get involved in such a unique and challenging project. Photo: BBC. 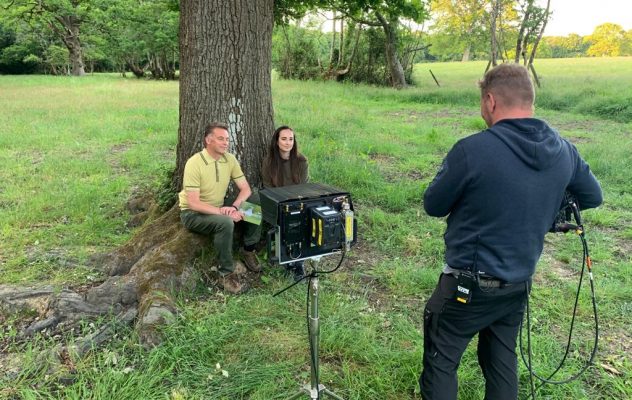 Caption: The result of a collaboration between the BBC Studios Natural History Unit, Cloudbass (wildlife hub), Timeline and Telenor Satellite, Springwatch was one of the few new live productions to be aired during the 2020 pandemic. Pictured here are presenters Chris Packham and Megan McCubbin on location in Cornwall where internet connectivity is almost non-existent. Photo: BBC.

From the early days of Bowie and Met Opera in the mid-noughties through to the recent red-carpet premiere of the latest James Bond film, “No Time to Die”, Live-to Cinema has grown beyond all expectations for content-owners and distributors alike and our OU team has played an active role from the outset. Christopher Bretnall of AOS Productions has been involved in all technical development, production and distribution elements over the last 15 years. He says, “The involvement of Telenor Satellite’s THOR-10-02 OU-inventory has played a huge role in that success. The consistent availability and performance of the OU space has enabled content-owners (including Met Opera, NT Live, ROH, RSC and many other ad-hoc one-off concerts and events) a great freedom to be able to broadcast live to cinema at any time.” 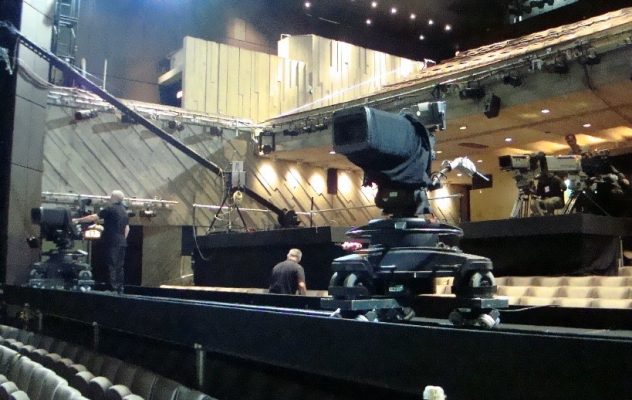 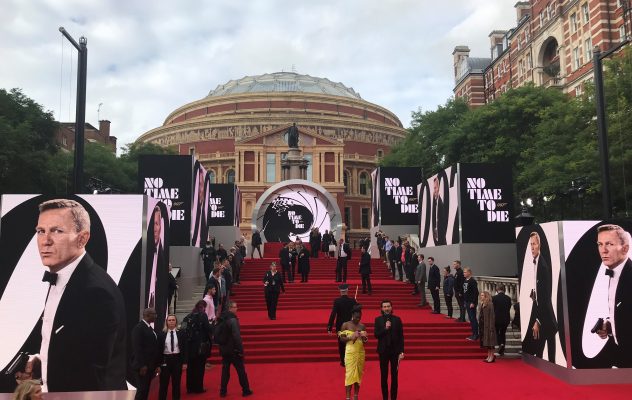 The mainstay of the outside broadcast industry has to be sporting events. Unlike other, one-off happenings, football matches are a regular feature where fans expect nothing less than seamless broadcasting. These matches are interspersed with major world events including the 2014 World Cup in Brazil, Tour de France in 2020, Olympics (both Summer 2012 and Winter 2018) and country marathons.

With a history covering more than twenty years, we have seen the arrival, and departure, of many politicians in the UK, Europe and the USA. In the main this has involved wall to wall coverage of major events such as the Trial of Saddam Hussein in 2005-2006, UN Climate Change Conference in Copenhagen in 2009, national elections in Europe and USA, but also the EU Referendum in 2016.

And today the team are looking back over the successful announcement of the new German government which they transmitted. Having supplied satellite links to state broadcaster ARD (from 22 Satellite News Gathering (SNG) trucks located around Germany) when the voting process took place on 26th September, they were very pleased to be an integral part of both processes.

Caption: Working in Alaska brings unique challenges to the operational team; with three uplinks and two live broadcasts each day, it was a very complex project which involved more than 140 feeds over the two weeks of testing and filming – and all without a single glitch! Photo: BBC.